Note:
A good friend has found this for me!

Actually, this is not another test, it is a problem that I'm having and I thought to discuss it here and post all the Screenshots, etc.

The machine which I'm having a problem with is:

If truth to be told, that is my TEST Machine :)
I'm using it even more than I use my other 'main' machines.

Long story short, I'm having a Slowness Problem. The details as follows:

Everything seems to be fine when I start Firefox and then Open Facebook. Nothing wrong so far.
Once I start to scroll down on my Home Page or Any other page, no matter what the content of that page is, the machine starts to be slower, Physical RAM Usages starts to increase rapidly and same goes with SWAP Partition.

I will show here the Screenshots while SWAP is OFF and the SWAP that is shown on the below Screenshots is actually for zRAM :)

1- You can see this is Facebook Home Page and while I was scrolling down, Physical Memory and SWAP (zRAM) are being used heavily. The more I scroll, the more usage. 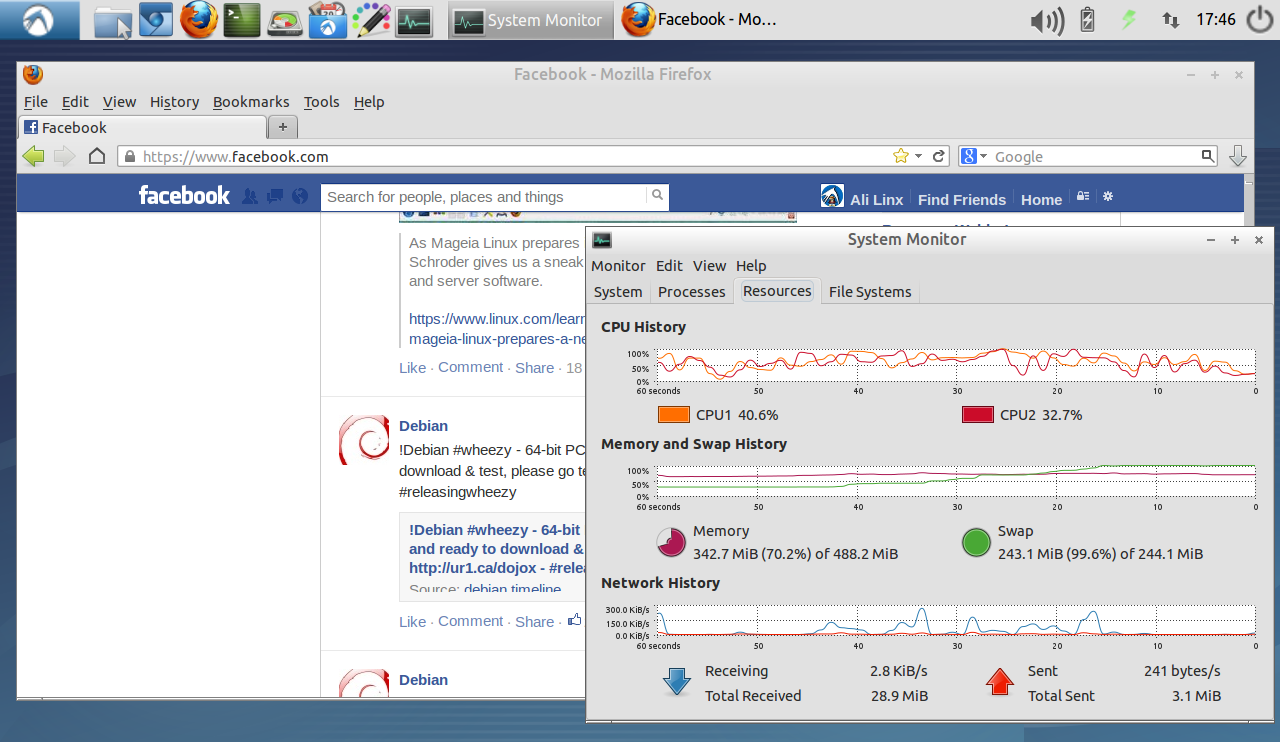 2- Yes, I doubled checked with 'free' command and 'top' and the figures are the same :) 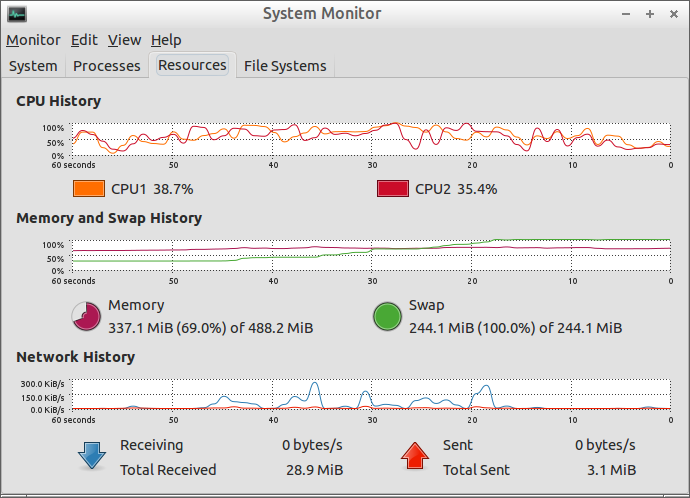 The very weird thing, Firefox is not using the same memory that is shown on the previous Screenshot. Here is how much Firefox is using: 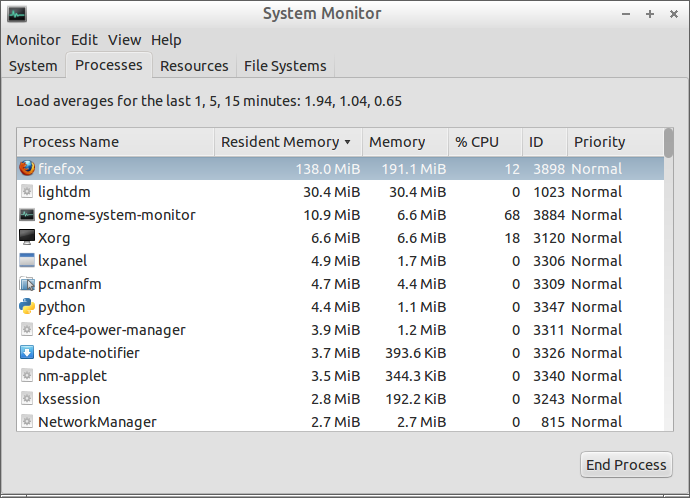 3- Again, the more I scroll down, the more memory Firefox starts to use and on this Screenshot, Facebook became SO slow and same goes for my laptop. 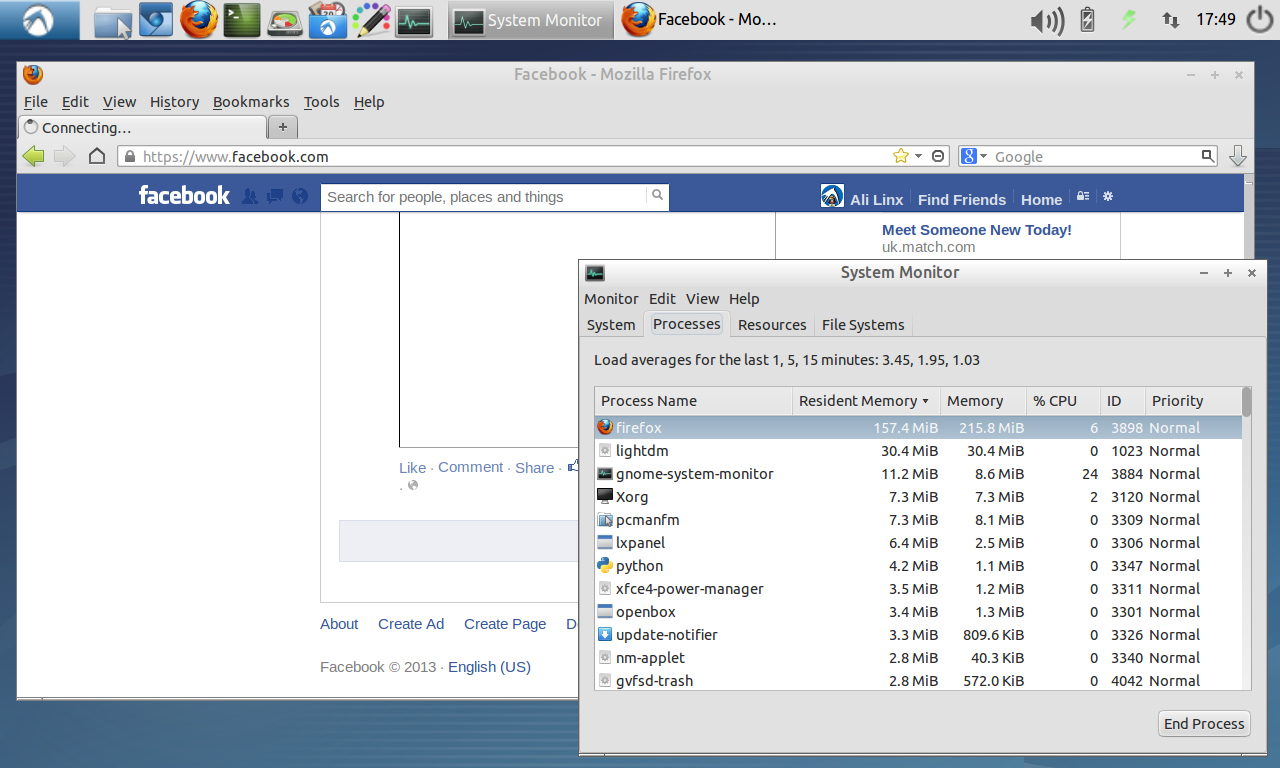 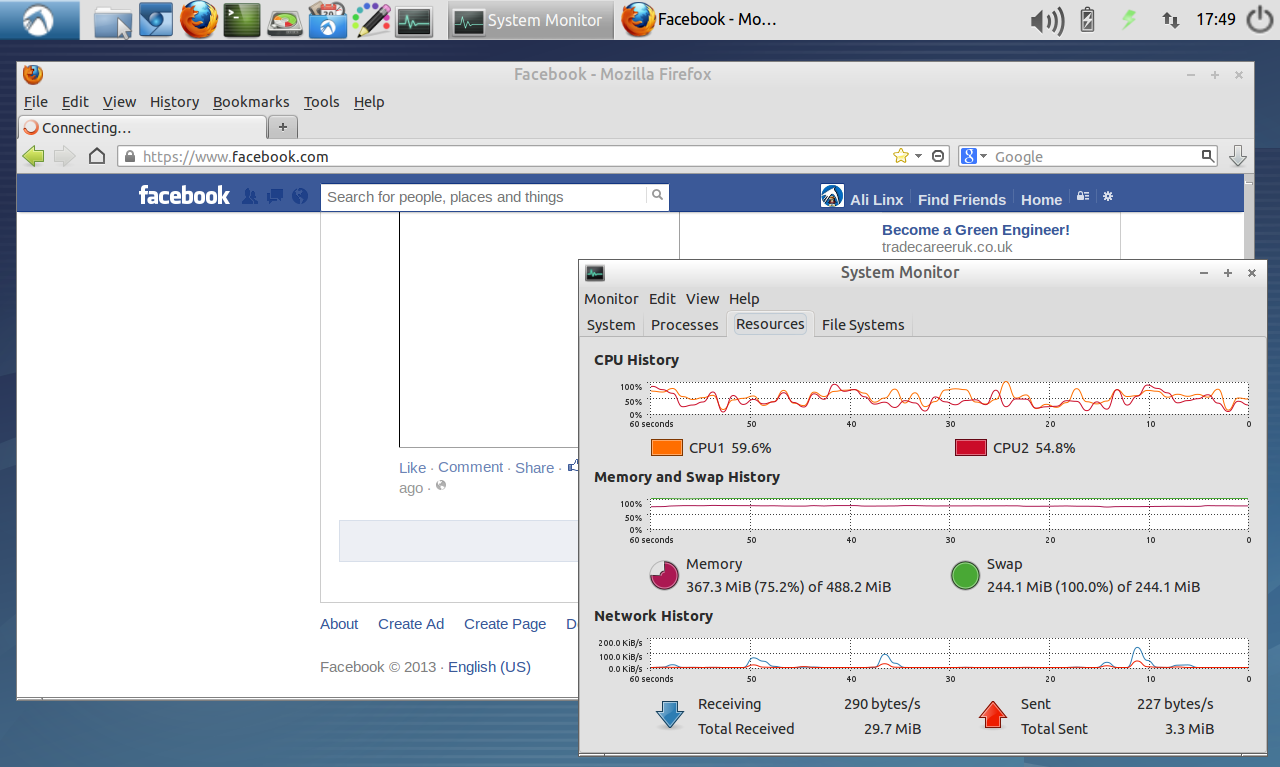 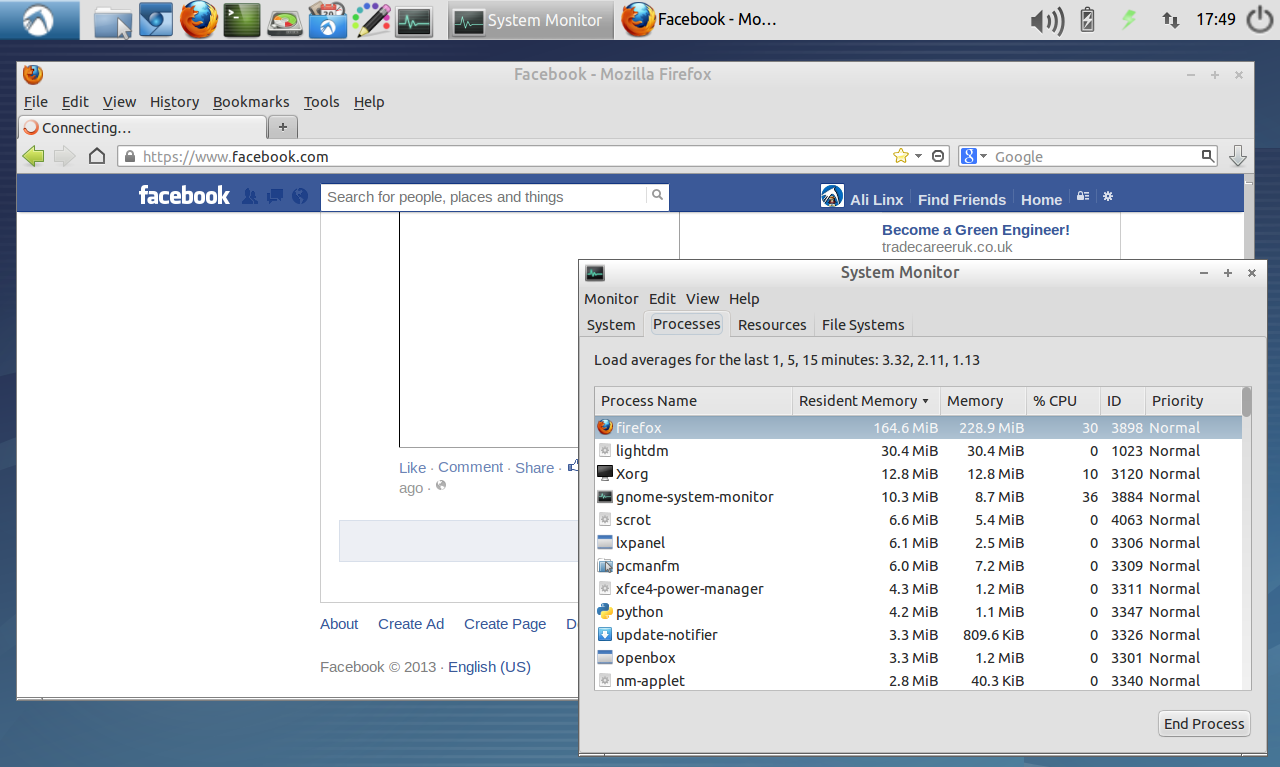 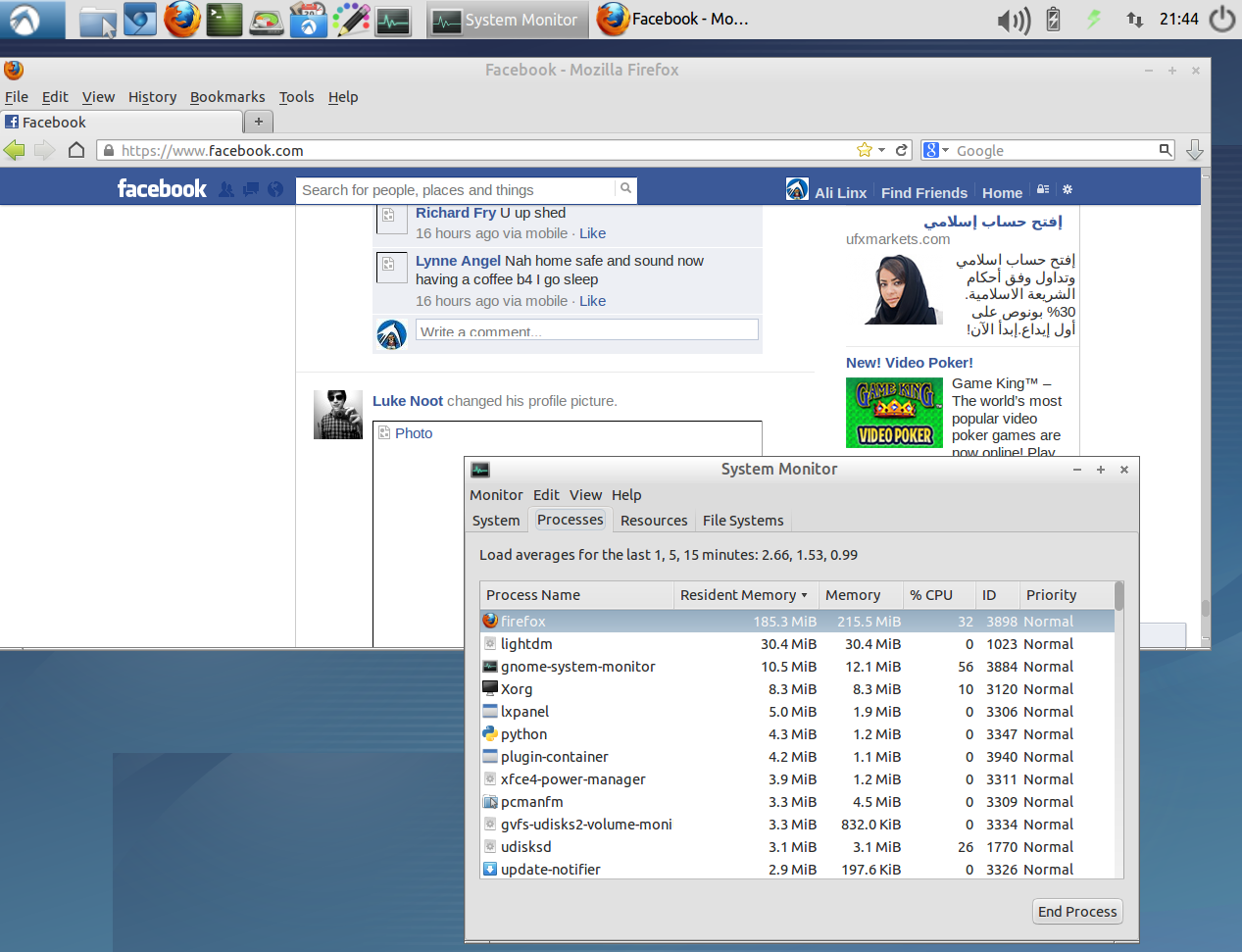 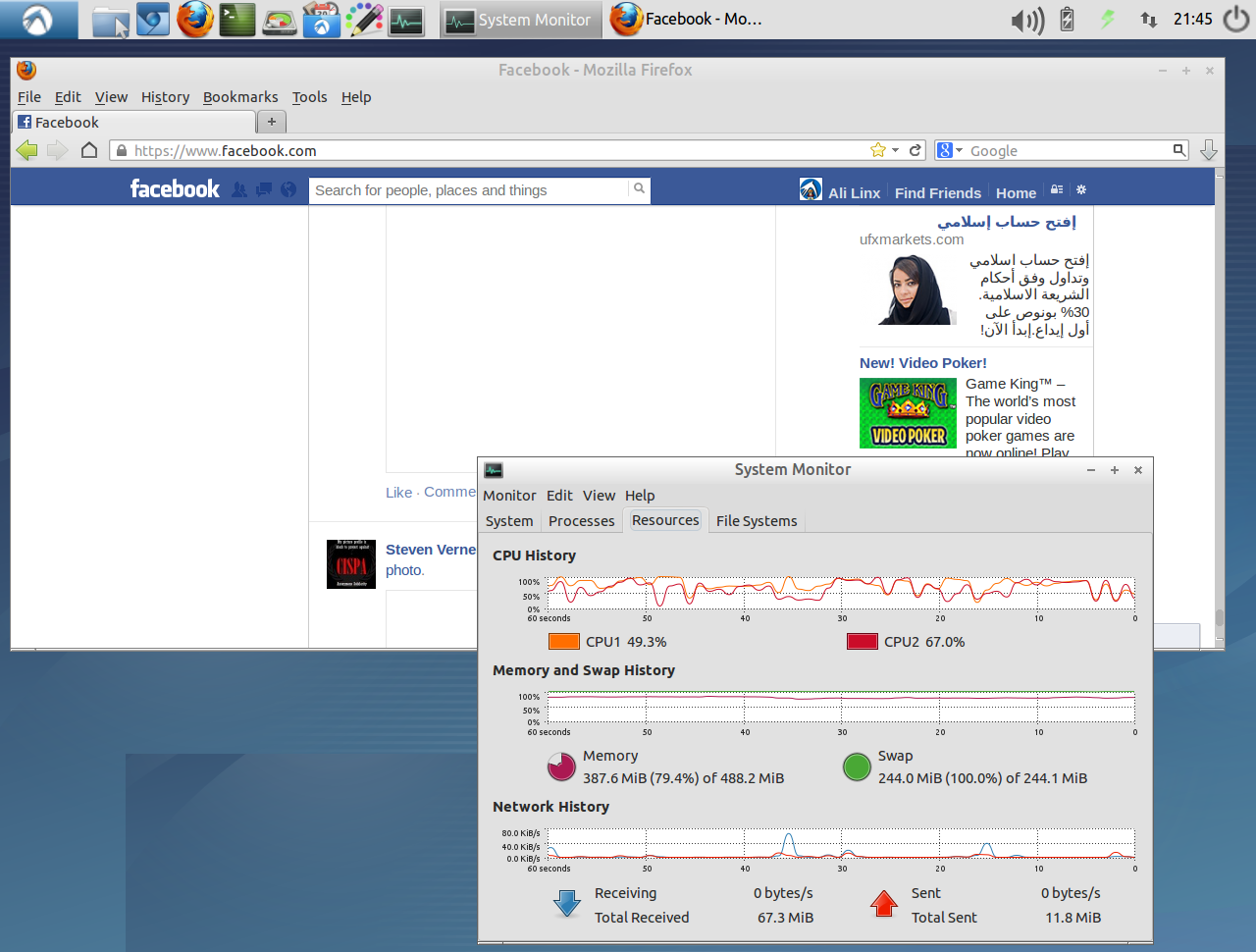 4- I couldn't wait any longer, it was taking so much time and the machine was having hard time too, not only me. I then decided to close Firefox once and for all: 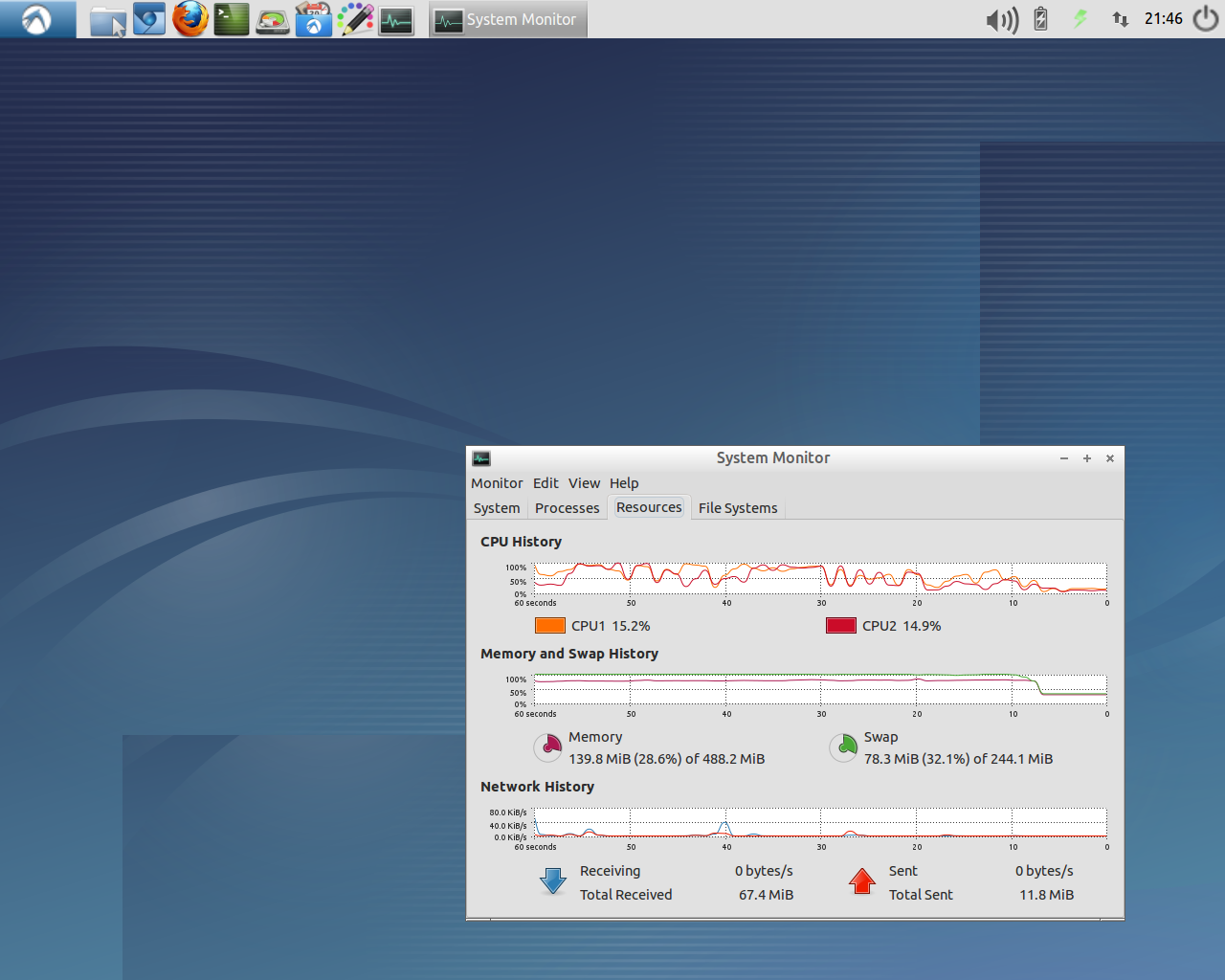 You see, everything is back to normal and the machine starts to breathe some fresh air and became fast again: 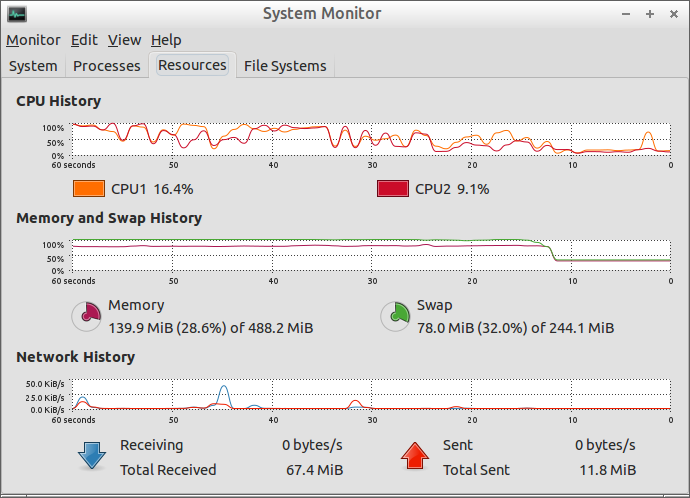 Same processes as before except Firefox is not there. 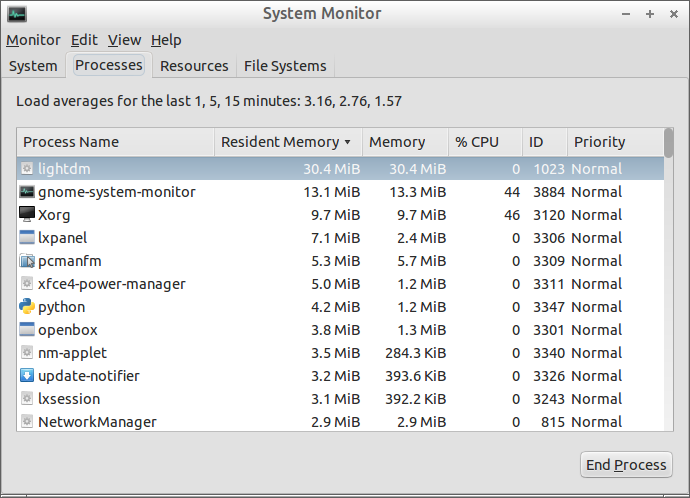 And I'm still confused :/
What exactly is going on?
1- Why the Resources Tab is showing different figures than the Processes Tab?
Again, I checked 'free' and 'top' and the figures matches.

2- It seems like there is a leak or some other process is using all that memory and that process is hidden?

3- Looks like it is not how many tabs you open, it is what are you opening on your browser. But if Facebook Home Page can cause all that, is that even normal?

On the same machine, I sometimes open 5 tabs and the machine still responsive and fast.

Something fishy about Failbook? :D

We will find out sooner or later ;)

Edit:
I'm now opining 4 tabs, one is Gmail with 23 unread email and other tab is Blogger (editing and writing this post right now) and two more tabs and here you can see what is going on: 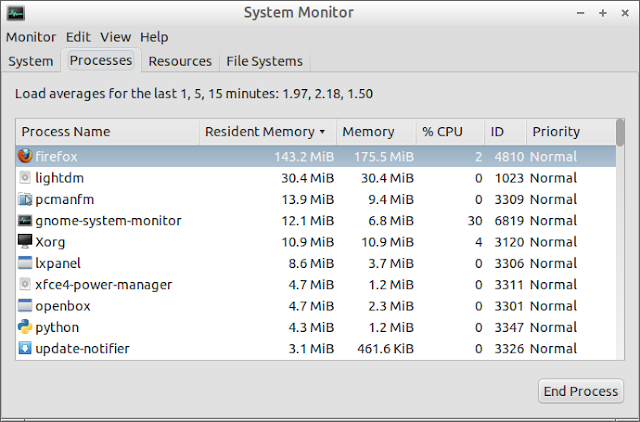 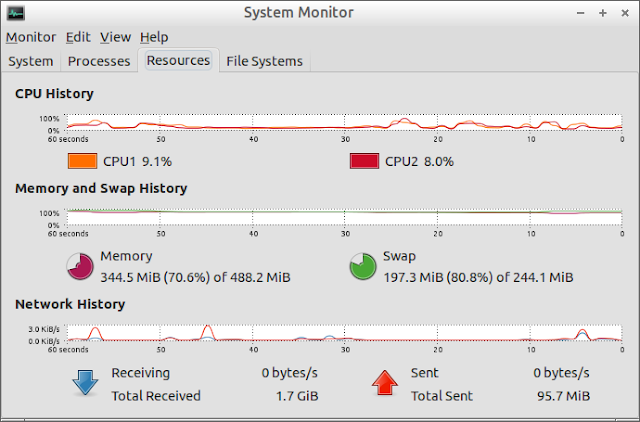 That was before I upload the above two screenshots. When I was uploading, this is what happened: 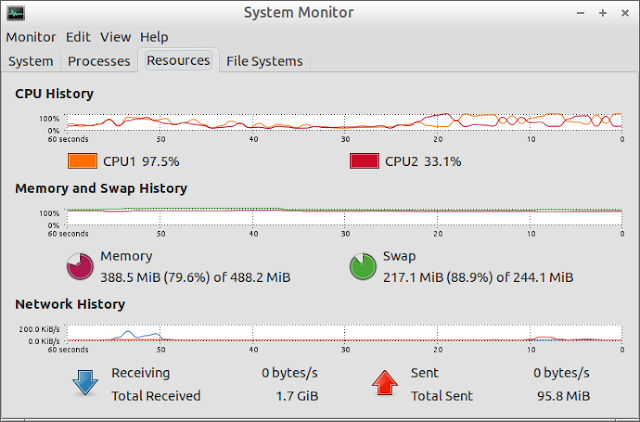 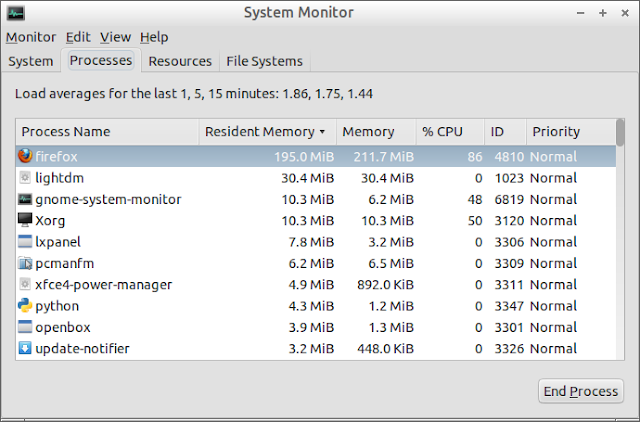 My system was slow but yet useable because lag was only for few minutes only.

Therefore, so far, Facebook in my case is the most hungry resources so far!
Ops, Firefox crashed when I hit "Update" on Blogger to update this post :D
Hey, still good because I'm using 4 tabs and Gmail is resource hungry too by the way. So, still better than Facebook (one tab) ;)